Over a period of a few weeks I trained my Siamese fighting fish (Betta Splendens) José to jump out the water and get food off my finger. He also learnt to follow my hand as I moved it around the outside of his tank. The Abovemarine is a vehicle that enables José to roam on the land. This small freedom allows him to Interact with other species including humans and small animals. José is able to navigate around a room, as he swims backwards (stopping the Abovemarine) before hitting obstacles. 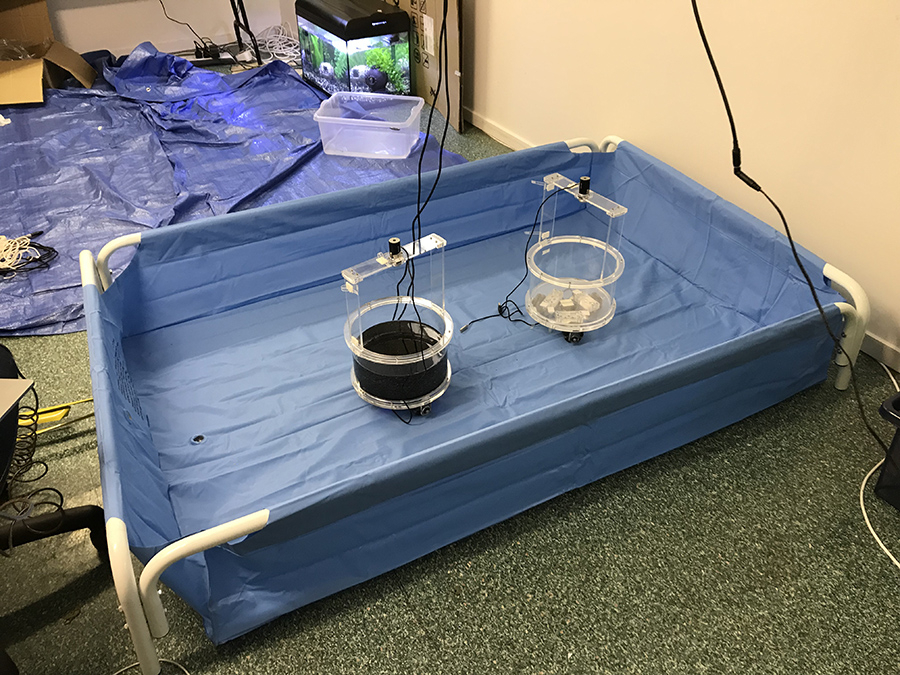